We have designed this harmonizing jewel with the purpose of serving as a pendant and a pendulum connecting with the Universal Harmony. The pendant represents the Greek letter Phi, the number and the golden ratio and the divine perfection that exists in nature both microcosmic and macrocosmic. This symbol has a long and mysterious history.
Some have associated it with the Egyptian Ankh, others with the sculptor Phideas, designer of the Greek Parthenon. Used by architects, painters, sculptors, designers, appreciated by beauty lovers, explored
From the mystery schools, scrutinized from the science of mathematics, geometry, Phi is still today an enigma to be discovered. 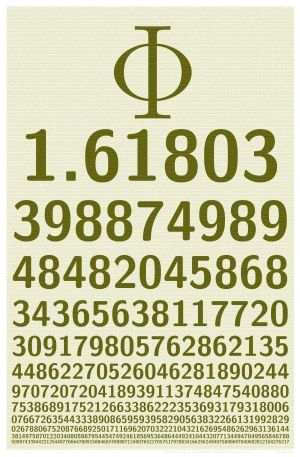 For us, Phi is at the very heart of dowsing, as Phi, the highest representative of aesthetics regarding Beauty and its forms (vibrations), returns us to the very origins of dowsing and its definition: “radium” and “Aesthesia” (sensory perception of radiation). Phi describes the union of the square and the circle, connected with the number 5 and also with the 3 and the 1, in sacred geometry Phi would connect the material world with the spiritual, the transcendental world that is unknown to us. The great pyramid of Egypt would embody part of this mystery because its proportions respond to the golden number. It is at PHIla-delphia in ancient Egypt where Pythagoras completed part of his studies immersed in the Egyptian teachings of the Mystery.

In nature it is the symmetry of the five sides of the pentagon that in a fractal way reproduces itself in leaves, flowers, plants, regrouping of similar elements in search of divine harmony and perfection.
In geometry, the Platonic solids also respond to the golden ratio, the Chinese theory of the Five Elements is also framed in what has been called the Phi cycles of Nature following harmonic rhythms. Vortices, spirals, so present in dowsing, also respond to Phi, the Universal form used by Nature, as its language, its way of communicating with us.
The Greek letter Phi for its physical form also reminds us of the Circle and the Radius or the rod, the vertical axis, the magnetic of the Earth, the manifest world and the sacred rod, the vertical, electrical divine connection. Phi is a symbol that balances the cosmo-telluric axis and is used in some geobiology schools as a solution to harmonize spaces and solve geopathic problems. The form of Phi, like a Circle or a Zero and a One, speaks directly to us of the Source manifesting itself in Matter.

The base radiesthetic color of the piece is White and we have detected a presence of Ultraviolet as a subband. White is a purifying, cleansing and harmonizing color. Ultraviolet helps us relieve pain, eliminate blockages to connect with subtle spiritual planes and expand our mind.
This pendant invites us to embody natural perfection based on harmony, because as dowser it is through that harmony that we can keep ourselves vibrationally balanced and carry out our work from that position of focus and connection between Heaven and Earth.
Likewise, the shape of the letter Phi evokes the toroidal field and the energetic coherence of our subtle anatomy, helping us to maintain a harmonic order in our energy system.
Uses::

Pendant in 925 sterling silver, sold without a cord or chain in a jewelry box. Manufactured exclusively for Pura Presencia, Baj-Pendulums Spain.

The hole for the cord is thin.