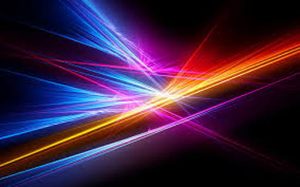 Vibratory or Physical radiethesia was an ancient practice that got re introduced in this research field by French and Swiss dowsers back in 1930`s.

This Ancient knowledge can be traced back to Ancient Egypt and perhaps even further into a time before recorded history. The tools used nowadays in Vibratory Radiesthesia such as pendulums and special objects allow us to open ourselves to an ocean of vibrations which form part of us, in which we live inmersed.

We could say that an abyss separates Mental Radiesthesia and Vibratory Radiesthesia but we know in Baj-Pendulos that both branches of the same Tree of Knowledge need to be reintegrated and married if we want to carry this practice further into the future.

Using a term often employed by Mr Ibrahim Karim, founder of Biogeometry,” the quantitative and qualitative” nature of any research needs to go hand in hand if we are to access the deepest secrets held in Nature, in Life, within ourselves.

It is very interesting to see how this division mirrors also a division between sexes, the male and the female giving rise to long periods in history of either a male dominance or a matriarcal hegemony.

We in Baj-Pendulos trust in the wholistic nature of our Mind, Psyche and Spirit and it is by this inner knowing that we feel the need to harmonize both Mental and Vibratory radiesthesia as a way to reunite ourselves, become whole again and access the full range of our original capacities.

When we dowse, we perform much more than a simple search or transformation. When we dowse in an holistic way, we are mending the splits within ourselves, reuniting what got once separated by intolerance and ignorance.

For those talented in Mental Radiesthesia, perhaps they need to develop further their femenine nature to be able to sense, feel, perceive qualities rather than quantities. To measure is an act that can be considered a masculine trait within us. We use numbers, calculate, add, divide, multiply, we count.  Very interesting studies were performed in the USA in the 60’s in factories where women were supposed to count, measure and dose gold. During their menstruation days, their counting became erratic and this particular factory decided it was best to give them a holiday break until their mental capacity returned to their highest precision levels, in other words, when they returned within themselves to a left brain hemispheric dominance.

Vibratory radiesthesia is a branch that is deeply connected to our inner femenine nature. To be able to feel the nuances of an ocean of vibrations we need to open up to this profound aspect within ourselves. This opening is not devoid of challenges as we have numbed our femenine receptive nature by choosing time and time again our outgoing pro-active masculine side.

Dowsing is much more than a pendulum swing here and there. The very forces of creation, duality and Oneness join us as we swing.

To develop our inner senses, be able to detect and perceive the subtle differences and nuances in an infinite ocean of vibrations is not a psychic or magical practice only open to few initiates or talented ones. It is an ancient science and art that got lost in time that needs to be restaured to its rightful place. Vibratory radiesthesia along with Mental radiesthesia can help us wake up in consciousness and dive with awareness into the infinite ocean of vibrations.

You might still remember, deep within your bones, a time where language still carried the vibratory nature of the meaning it conveyed. When we knew the vibratory effect of our words, we became aware of the consequences of our actions, for we could feel them, see them, perceive them.

The world is on the verge of destruction because we are unable to see, feel and perceive the consequences of our actions.

Such is our goal through these pages and the courses we offer. To help bridge the gap between one hemispheric dominance and the other. To become whole through our dowsing/radiesthetic practice.