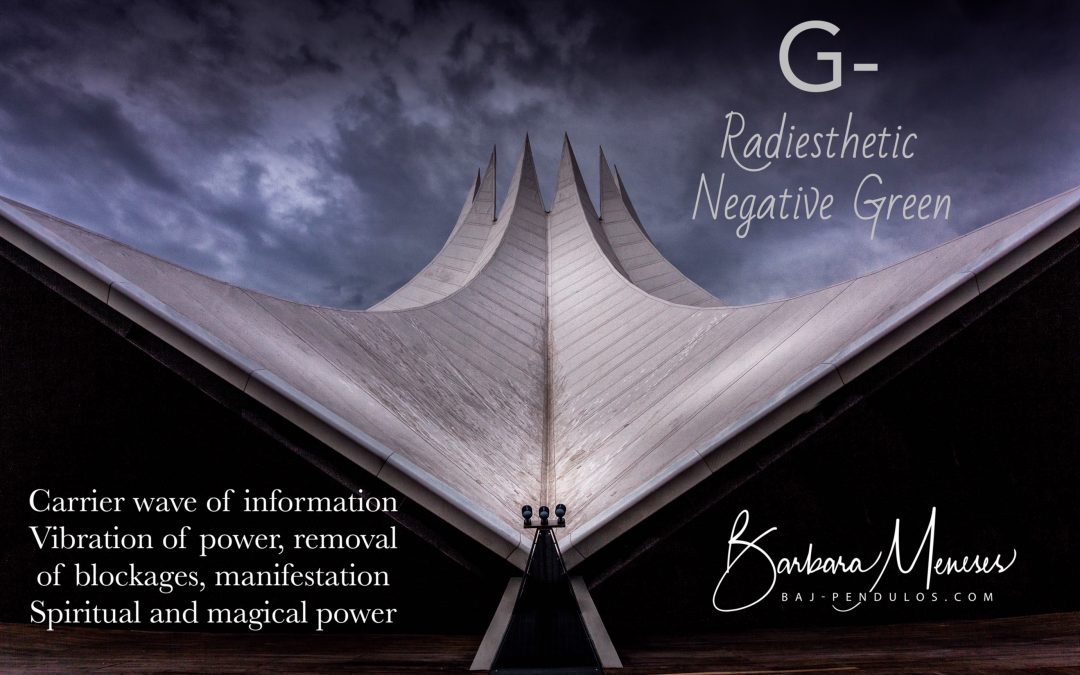 This is a penetrating carrier wave that holds and transmits information. It is the vibration of power by excellence. One of the radiesthetic colors most feared by dowsers as its misuse caused the tragic death of one of the greatest classical French dowsers, Leo Chaumery at the time where Madame Curie also found her death exploring X rays.

Negative Green is not a color yet it is depicted in dowsing circles by the color Grey for lack of a better depiction.

Many people fear this color not only due to the lack of information around this vibration but also because symbolically they are afraid of their own power.

Negative green is present in power spots of the earth but also within ourselves. A powerful person such as a magnetic leader will hold a lot of Negative Green in his field. A priest, a shaman, a druid, any form of religious figure or authority holds strong Negative Green whether because he has generated this powerful presence himself or else because the community has projected onto him this power, such is the case of Kings and Queens.

In ancient times, societies made sure their heads of the nation where integral, wise and benevolent, for they knew that the Negative Green circulating through them and being stamped on the earth through their feet would corrupt the whole nation if they fell in decadence and degeneration.

There is nothing more toxic than a leader spreading with his corrupt Negative Green the vibration of his power over the group.

In our Online Course Level1 and 2 (launching Level 1 in the next days) we will cover this in greater detail.