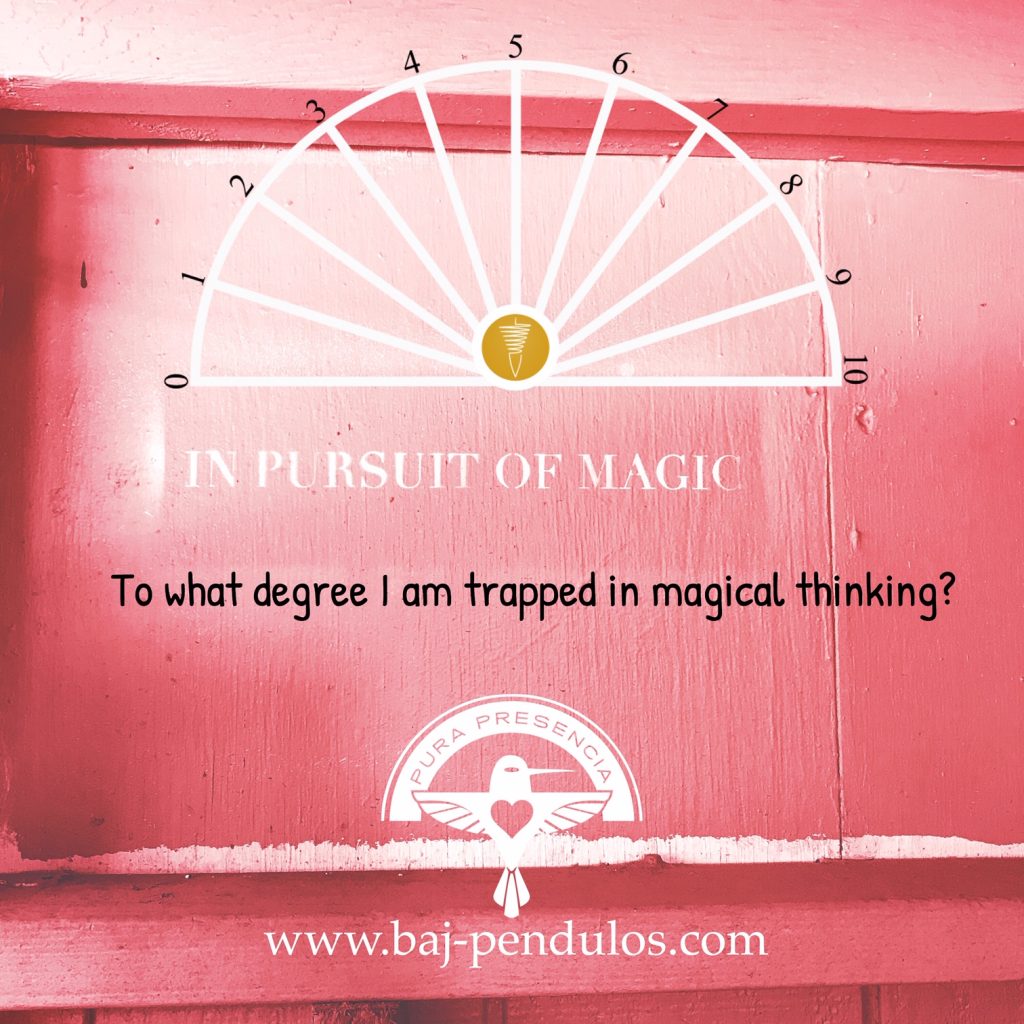 THE MAGICAL THINKING TRAP
The Spiritual, the energetic and the esoteric worlds in the sense of the group of people gravitating around these subjects is very wide.
There are persons following what is called the “Magical thinking” which is a primitive and more limited way of understanding life, oneself, the world around us.This magical thinking mentality uses similar tools such as dowsing. energy healing, shamanism to perform its magic which is limited due to the limited consciousness level of the one holding this stage of evolution.
Many lightworkers, energy healers, people awakening spiritually do so at the consciousness level that they reached most likely in a past life and when they encounter people using their same tools or interested in similar subjects they find themselves disappointed and in shock to find such a big gap between their vibrational frequency and consciousness and that of those practicing magical thinking.
This can be very painful when you want to open up and expand your circle of like-minded people and you find yourself attending courses, lectures, meeting people who are in fact, not resonating at the same “level”.
For those who suspect they are stuck in magical thinking, a good way to start lifting oneself from that “locked” position is to question why you do the things you do and what is the reasoning behind what you do. Also, ask yourself if there could be another way of considering things or acting upon things and open your mind to expand your horizons.
When asked why they do what they do, magical thinkers will answer elusively with: “because”, or else “because this is how it has always been done”. As you see there is no thinking process going on, but an assumption of how things always remain the same because in the past they were done in such a way.
When Helen Schucman,co-author channeler of A Course in Miracles asked herself the question: “is there another way” to relate in a more harmonious manner with her professional colleague William Thetford she broke the barrier that was holding her consciousness back and she co.authored a book that has transformed the life of thousands of people.
The key to evolve is being enough humble to realize that there could be other ways and thus, by asking questions internally and allowing yourself to be guided inwardly you will step out of the pond and fly.
Blessings
Barbara
——
www.baj-pendulos.com