Who is your facilitator 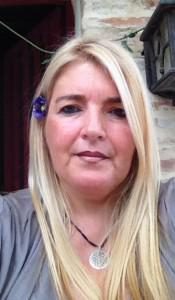 Barbara Meneses is half Spanish Half Australian, born in Spain in 1968. She is trilingual speaking English, Spanish and French. She also learned 5 years of Classical Arabic.

She belongs to a family of journalists and, for 15 years, she was a journalist herself. Among all the foreign media, she was the youngest reporter in the First Gulf War in 1990-1991. She was in Bagdad during the bombings and in Kuwait days after the Liberation as she covered for six months in the Middle East this conflict.

In the year 2000, she had a Spiritual awakening followed by a series of paranormal or mystical experiences which lead her to focus her journalistic skills on the inner world, the inner dynamics of Consciousness, the Spiritual world. For one year, she was surrounded by an intense and powerful energy that guided her, answering all her many (many!) questions regarding the nature of Existence,  who we are, what are we doing here, and how can we put an end to suffering.

After that intense year of mystical experiences, kundalini and energetic activations, she woke up one morning with the clear insight that she then had to do her “inner work”. She didn´t have a language to articulate the intense internal processes that she was suddenly becoming aware of, and it took some time for her to be able to express what was happening to her, as no one in her reality was living anything similar nor was spiritually inclined or consciously awakened. 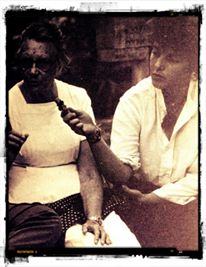 This “inner work” as she refers to became her single work for the last 18 years. She quit her journalistic profession, retired to the countryside and worked intensively to undo all of her programmings, face all her unresolved issues, childhood traumas, past life issues and many other entanglements. As she faced one issue after another, a series of healing tools appeared in her reality to address those internal conflicts. The more she asked, the more answers she received and the deeper she went in her healing and self discovery journey.

Dowsing appeared at the beginning of her path in 2000, when an intuitive handled her a set of Dowsing rods and told her:”You can work with them“. And that was it. She had to learn by herself the workings of those strange coat hangers that moved like crazy as she asked questions.

The more she cleared internally, the more tools she gathered and eventually, she started helping others on their way. This is how this whole range of healing modalities have come to exist.

Barbara holds a Bachelors degree in Political Sciences majoring in Foreign Affairs. She is a Reiki Master Teacher, has trained as professional Counsellor in Australia, is an Advanced Life Coach, Meridian Psychotherapist, practices Energy Medicine and Cymatics, she is trained in Acmos methodology and is a bioenergetic practitioner. She is a Dowser and Dowsing Teacher. She has also trained as Past life regressive practitioner and Regressive Healing.  She is also a Sound Healing practitioner with experience working therapeutically with sacred sound instruments and the human voice.

Barbara is the author of 2 printed books:

–Africa a los 15 años (Africa at 15 years old) published when she was 18 years old 10,000 copies sold about her life experiences in Africa when she traveled there at a young age.

–The Boy Who set Himself Free, a tale to overcome bullying (printed in Spanish and available in English in PDF format on Amazon.com)

From her Dowsing work, she has published different manuals and ebooks related to Dowsing and Healing and she has created Online courses in Dowsing, pendulum healing, the Lecher Antenna, both in English and Spanish. 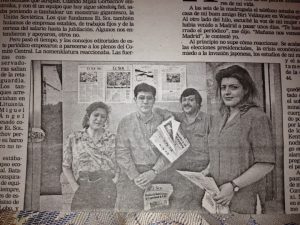 Barbara at the front as she just arrived from the Gulf War in 1991.El SOL Newspaper, Spain

During her journalistic time, she worked for: TVE, EL SOL, LOS AVENTUREROS, PRODUCCIONES 52-CANAL NOU TV, and freelanced on a permanent basis for. EL PAIS, CHANNEL NINE AUSTRALIA, ALGERIAN PRESS AGENCY, and other magazines in Spain. She specialized in the Middle East although she also worked in Economics, Business News, Travels, Social news.

From the Spiritual perspective, Barbara has dipped into all Spiritual traditions available to her in this lifetime. Her way is the path of Synthesis, gathering the Wisdom that can help us pragmatically bring an end to suffering regardless of religion or cultural tradition.  She combines Spirituality, Psychology and Energy healing to bring healing to both the Mind, the Spirit and the energetic interface between them, as she found through her own life experiences that all three need to be addressed if one wants to achieve individuation and liberation.

She has studied Buddhism and received empowerments in this tradition, she has also studied Christian mysticism, was briefly exposed to Islam, she has also researched Sikkhism and Hinduism. She has profound connections to Buddhism and Hinduism especially in the areas of Dzogchen and Advaita Vedanta, the Non dual teaching. She has also explored the field of Shamanism and the Medicine Wheel, the Q’ero approach. She is a Mesa holder and is attuned to the Munay-Ki Rites and the Rite of the Womb.

Later in life, she had a profound encounter and connection with Divine Mother, the Creative and nurturing aspect of Source who is at the base of all traditions, especially at the depth of one´s path.

Her logo and motto is Pura Presencia, a hummingbird with open wings and an opened heart, representing Pure Being, the Awakened Self that is fully open to Truth, to Love, to Life.

It is from the Pure Presence of her Being that she wishes to facilitate her healing sessions supporting others reach this inner state of profound peace and well-being, as they return to their True Nature in Grace and Love.

In the year 2014-15, she met the founders of BAJ laboratories in Poland as she wanted to develop Lecher Antennas. After this encounter, she was invited to become Distributor of BAJ products in Spain and other countries of the world. in 2015, she launched this website in Spanish and English, with exclusive content from her background as Dowser and Bioenergetic practitioner. She offers healing sessions, online courses, manuals and Dowsing keys along with BAJ pendulums and other bioenergetic tools. In cooperation with BAJ Lab she has developed a series of pendulums with manuals and teachings which are originally her ideas and inspired by other classical tools such as the Universal Pendulum.

Barbara is happily married and lives in Southern Spain. She has no kids although Monty and Ryu, the cat and the dog think otherwise! 😉 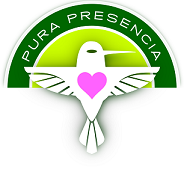