This is a version of the classical Hathor Gold by BAJ (this version is also by BAJ) and does NOT come with 2 heads but only one.

The Hathor pendulum honors the Goddess Hathor and is created by the combination of three classical shapes for Egyptian pendulums: the Isis, the Osiris and the Karnak pendulums

This version has 3 Osiris heads and 3 Isis batteries.

Hathor is connected to Maternity, Fertility, Music, Dance and much more. She holds keys to Universal Harmony, the dimension of Sacred Sound Vibration. From a Multidimensional perspective she forms part of a Collective Consciousness “The Hathors” which are based on the 7th Dimension (although with possible ramifications higher up the dimensional echelon). Hathor is considered a “Sky Goddess”, at times referred to as the feminine aspect of the Solar Logos, Ra. She was also considered a Deity supporting through the Afterlife transition.

The main radiesthetic color is ULTRAWHITE. Which is a sub-radiestethic band which is created due to the presence of White and Negative Green radiesthetic colors. This makes it a very purifying radiation and an optimum radiation for working in Mental Dowsing through Dowsing commands. 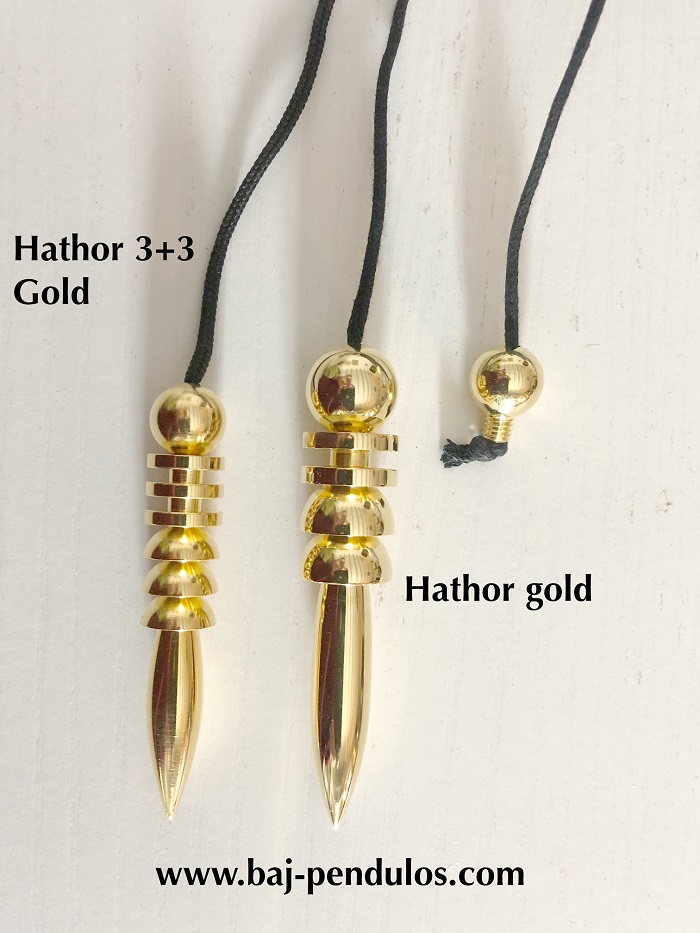