This is a “not” so mini pendulum but still a smaller version of the classical Hathor pendulum developped by BAJ. This version has ONLY one head and not two.

Hathor pendulums are a combination between classical Egyptian pendulum shapes such as: the Karnak, the Isis batteries and the Osiris heads.

The main radiesthetic color of this pendulum is WHITE according to BAJ Lab.Due to the presence of the Osiris head and the combination with the White, we can reach Ultrawhite radiation.

Hathor is connected to Maternity, Fertility, Music, Dance and much more. She holds keys to Universal Harmony, the dimension of Sacred Sound Vibration. From a Multidimensional perspective she forms part of a Collective Consciousness “The Hathors” which are based on the 7th Dimension (although with possible ramifications higher up the dimensional echelon). Hathor is considered a “Sky Goddess”, at times referred to as the feminine aspect of the Solar Logos, Ra. She was also considered a Deity supporting through the Afterlife transition.

The pendulum is a typical Mental Dowsing tool for working with Dowsing commands. 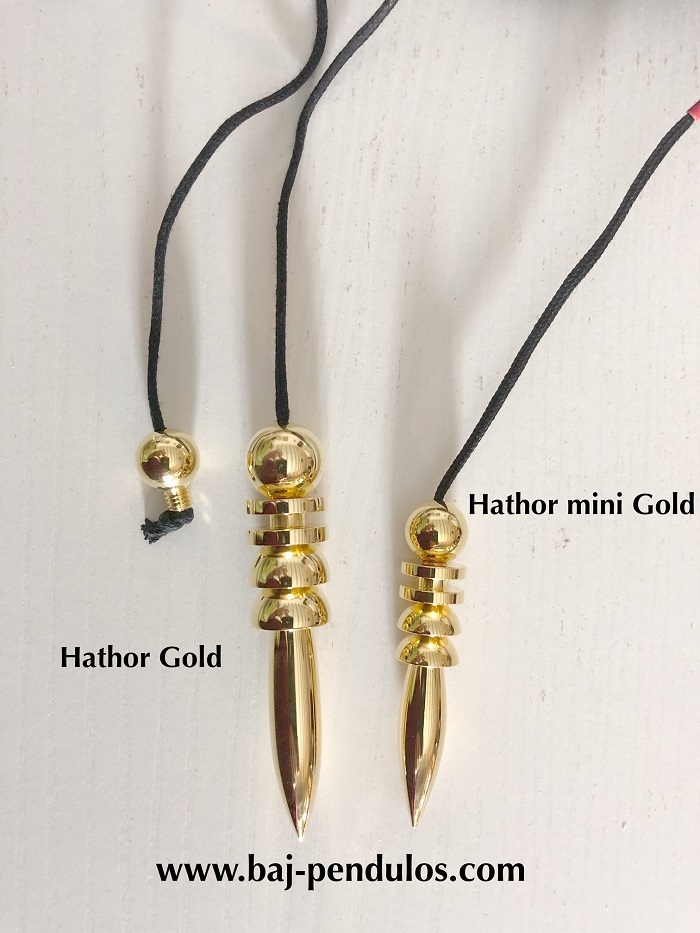 The classical Hathor is sold with 2 heads. This mini version has only ONE head